‘Eleanor, an Inspirational Woman’ An Exhibition at the Rathbone Studio 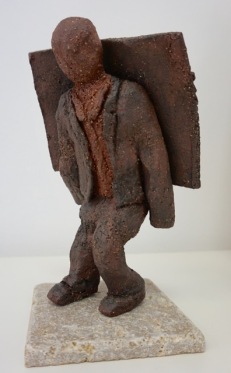 Man of Steel by Jean Maskell

‘Votes For Women’ by Jean Maskell. Acrylic on board. In 1928 all women over the age of 21 were able to vote in the United Kingdom. Women campaigning for the vote met with physical and emotional abuse. It was common for suffragettes to be portrayed as ugly man-hating harridans. In contrast women considered physically beautiful and strong were portrayed in patriotic and inspirational national symbolism. Suffragettes reclaimed the image of strong women determining their own future.

The Balance of Power by Jean Maskell. 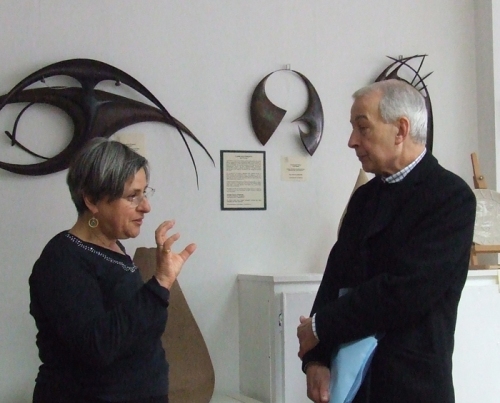 Letter to Eleanor by Jean Maskell 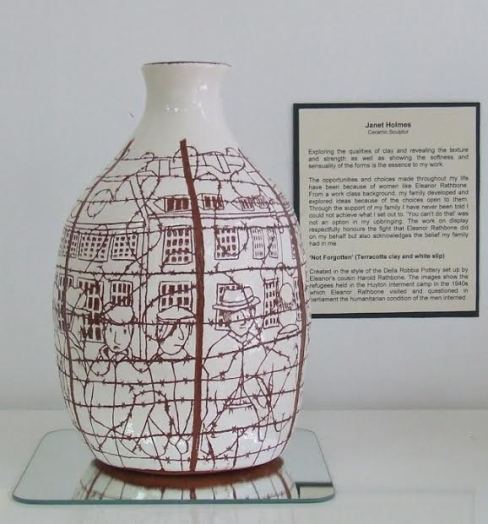 Not Forgotten by Janet Holmes

Mother and Child by Linda Evans

‘The Woman’s Voice’ by Jean Maskell.   Acrylic painting on paper. Eleanor Rathbone championed the need for family allowances to be paid to women. 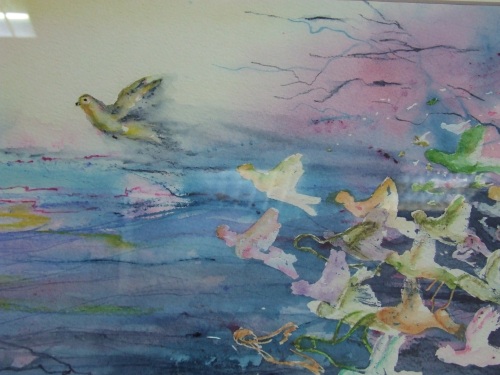 Crossing the Mediterranean by Jo Dunn